Thomson & Glengarry team up on a new whisky

Over the past decade, New Zealand has experienced a whisky renaissance that has nurtured the emergence of new distilleries. Whisky making here is not a new undertaking, dating back to the 1830s when the first Scottish settlers landed with their whisky expertise. The most famous distillery, Willowbank, was mothballed in 1997, an event that marked the end of local whisky production for many years.

Parts of the Willowbank distillery were disassembled and destined for different parts of the world. Laid up in warehouses, Willowbank's remaining barrels of whisky had another life to live. Some of them ended up in the hands of keen, young distiller, Mat Thomson. Thus Thomson Whisky was launched into the New Zealand market, releasing these old single malts as independent bottlers.

Back in the days when Thomson Whisky was just a gleam in the Thomson eye, Mat and Rachael Thomson started attending the Glengarry Malt Club. Little did they know when they wandered into Jak Jakicevich’s monthly whisky tastings that they were embarking on a lifetime of whisky devotion. Rachael’s passion and marketing smarts merged seamlessly with Mat’s tenacious tendencies and a good old Kiwi do-it-yourself attitude to find the whisky, beat the copper still and sell it to the world. 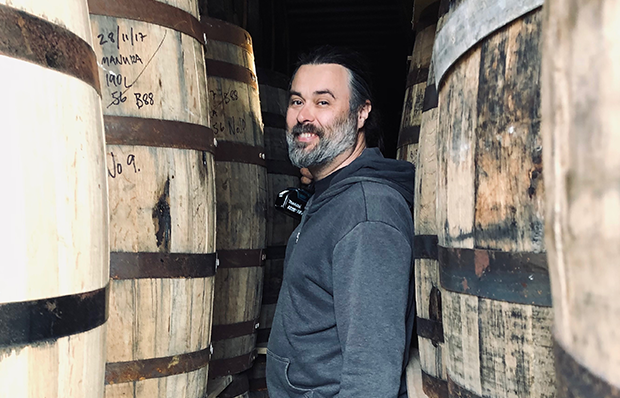 It was only a matter of time until the Thomson and the Jakicevich families released something together; both have the whisky-loving bug, and both hail from the mighty West Auckland. This special limited bottling celebrates the connection and meeting of spirits: two barrels harmoniously married together, made from locally-grown, unsmoked malted barley, distilled through hand-beaten copper pot stills and matured in New Zealand wine casks, then finished in Tennessee whiskey barrels.

The Grain & Grape is beautifully golden in the glass and a nutty indulgence on the nose. The palate is clean and vibrant, exuding a feeling of summer with its notes of apricot and zesty fruits, the full spectrum of balanced flavours enhanced with a kiss of Tennessee. A strong backbone of whisky and wood extract the distiller's perfection. If you haven’t yet tried these highly acclaimed single malts, well, what are you waiting for? 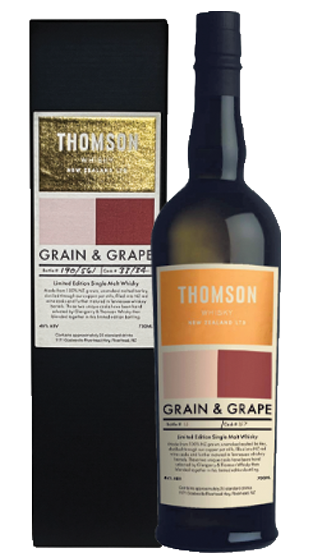 This special limited bottling celebrates the connection and meeting of spirits: two unique casks have been hand selected by Glengarry and Thomson Whisky then blended together in this limited edition bottling. Made from locally-grown, unsmoked malted barley, distilled through hand-beaten copper pot stills and matured in New Zealand wine casks, then finished in Tennessee whiskey barrels. The Grain and Grape is beautifully golden in the glass and a nutty indulgence on the nose. The palate is clean and vibrant, exuding a feeling of summer with its notes of apricot and zesty fruits, the full spectrum of balanced flavours enhanced with a kiss of Tennessee. A strong backbone of whisky and wood extract the distiller's perfection.
REGION / COUNTRY | New Zealand
VARIETAL | Malts
VOLUME | 700ml
WAS $159.00
NOW $149.00
ADD TO CART

EVERY BOTTLE HAND NUMBERED AND LABELLED 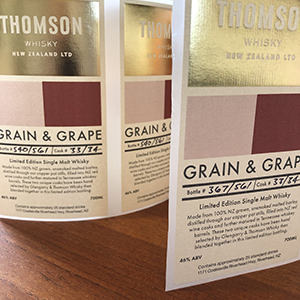 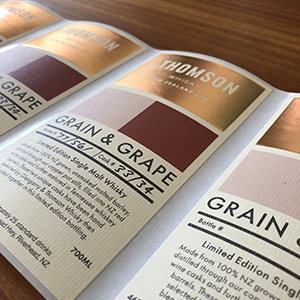 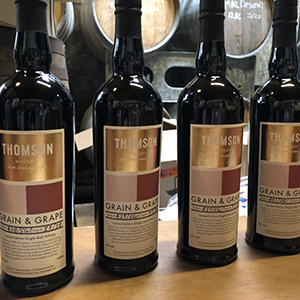 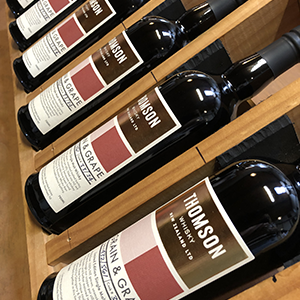 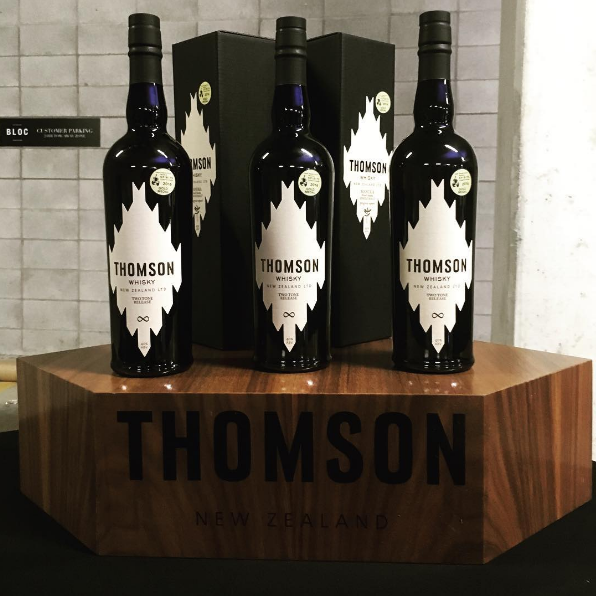 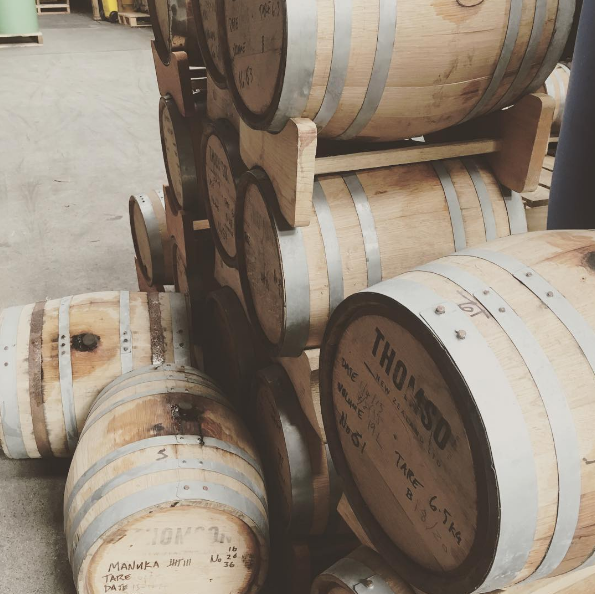 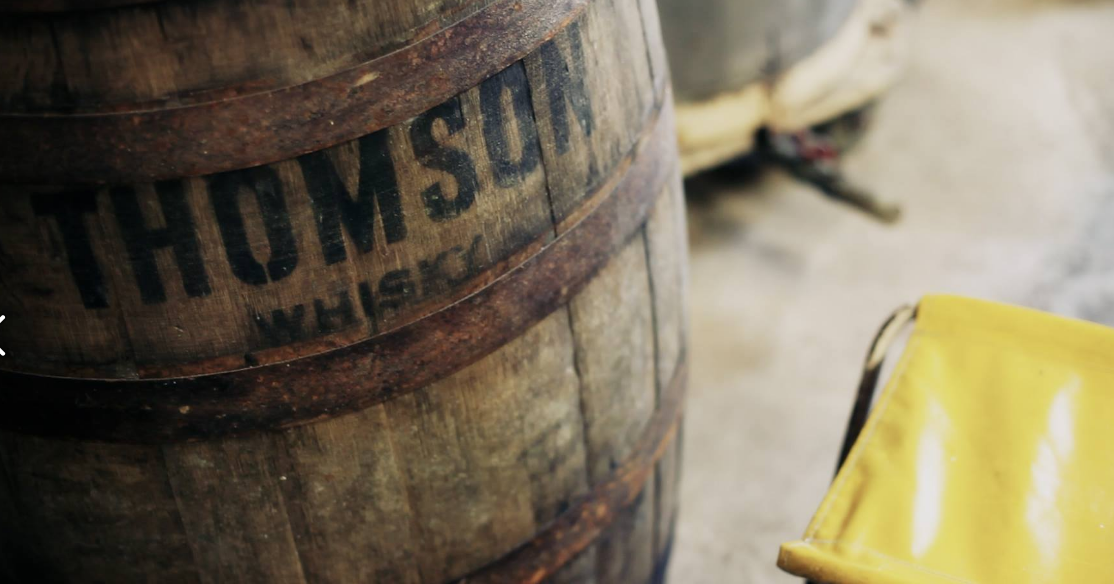 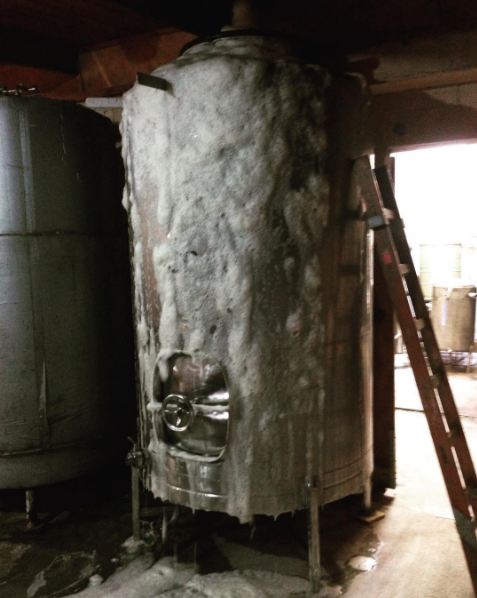 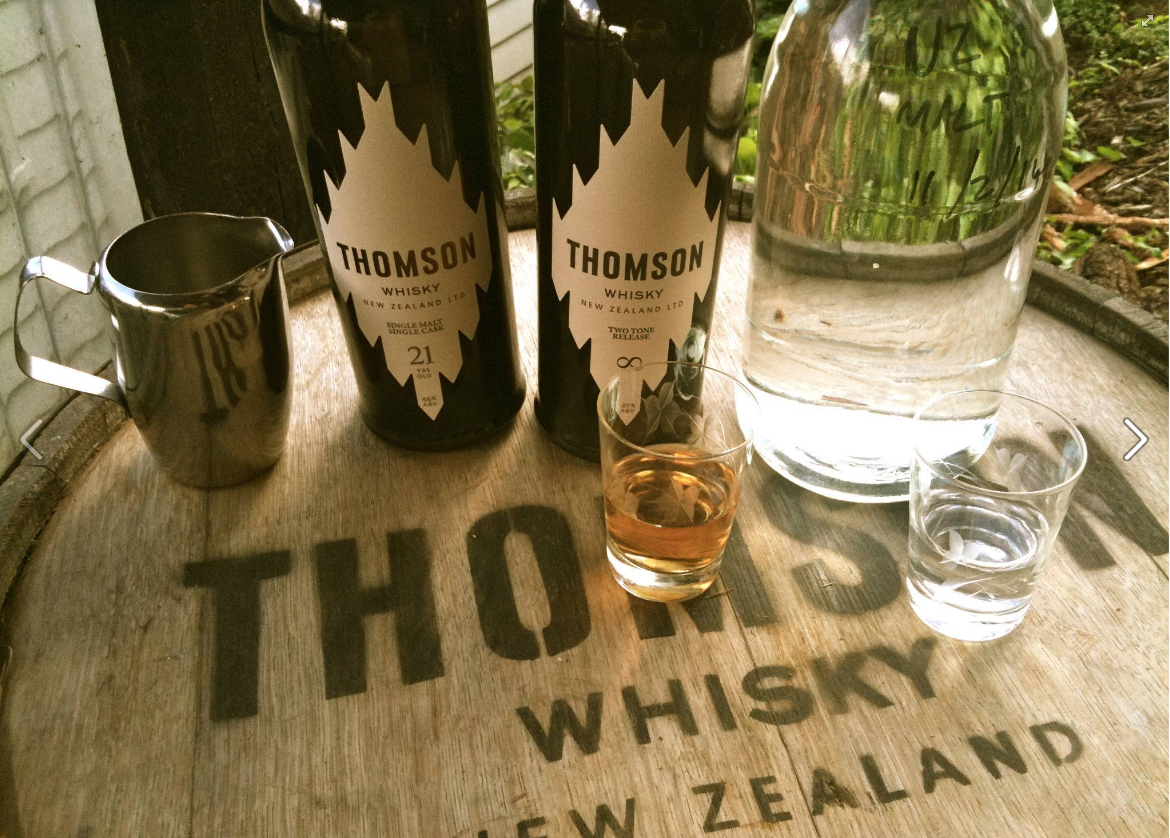 Thomson Whisky was started the same way you'd start a band. They got together and just started tinkering. It was never about taking over the world, or playing Wembley, but about giving it a go, creating the best spirit they could afford to and sharing their journey with anyone who liked whisky. They wanted to give New Zealanders a whisky they could be proud of, with a sharp brand on top. Their bottlings reflect who they are, because they are small enough to do it how they like it. As they grow these qualities remain.

Thomson love what they do; making craft whisky for the modern enthusiast. Artisan. Premium. Progressive. After a few years mucking about on a home still and learning as much as we could about whisky (mainly by thorough investigation of the flavour) they began the Thomson Whisky project as Independent Bottlers. They got hold of a few barrels of aged single malt from Willowbank Distillery, Dunedin, carefully selected to their personal tastes, to launch under the Thomson name. They figured if it didn't sell they'd drink it themselves. They didn't get that lucky. Two barrels, a unique bottle, a business card, and Thomson Whisky came to life. They started telling people about their whisky, sharing a drink with friends, then bartenders, and shops and people travelling overseas and their project started firing. A few years down the road and things have changed a lot. 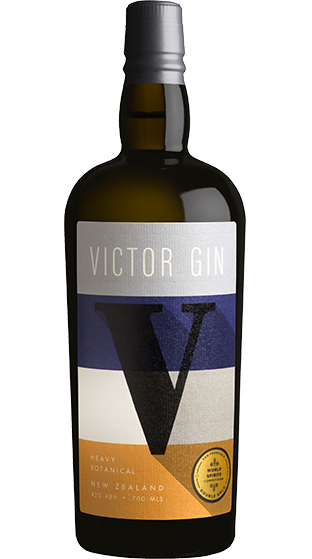 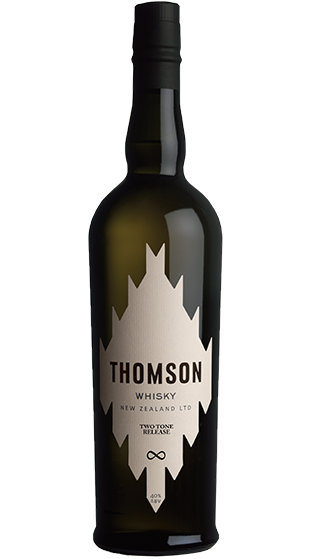 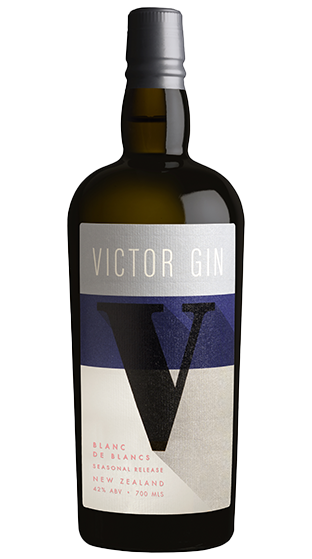 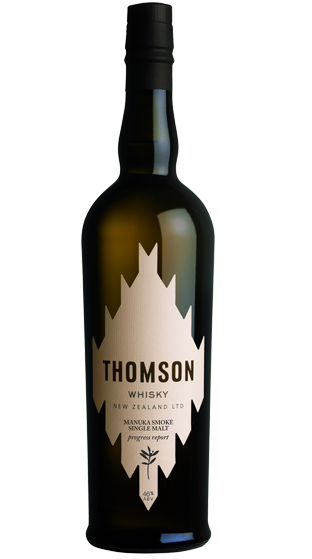 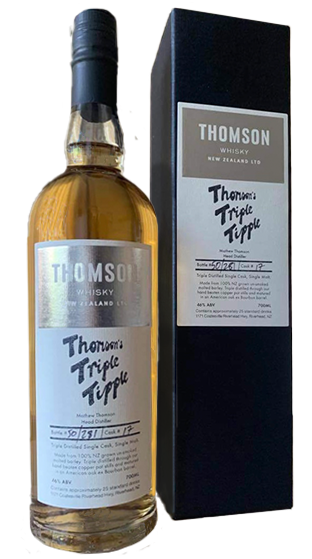 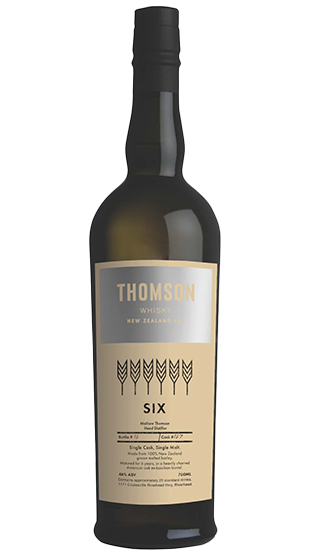 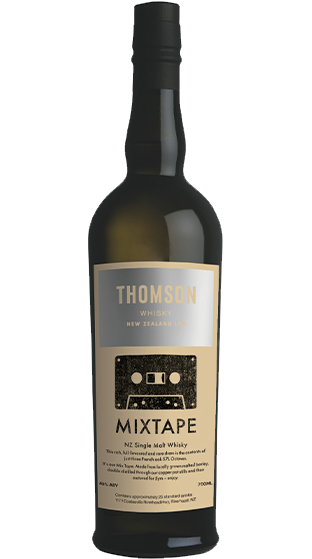 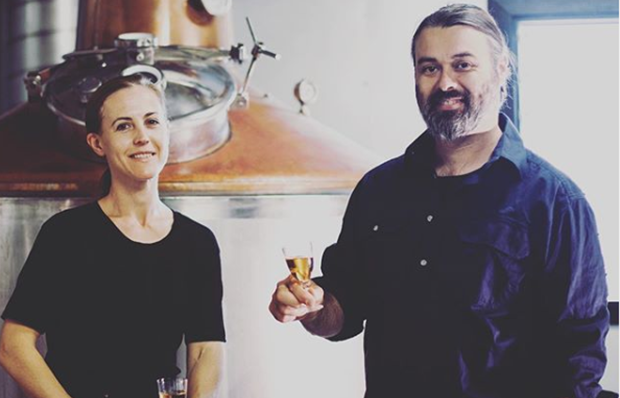 Mat is inspired by music, design, craft beer, artefacts, mysteries, family and spirits. As one of only a few commercial distilleries in New Zealand we are proud to be contributing to the craft distilling movement in our country.