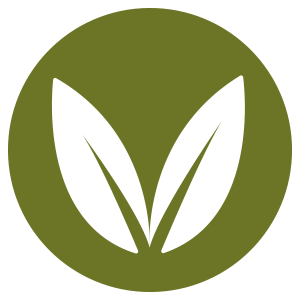 Organic grape cultivation eschews the use of synthetic fungicides, herbicides, fertilizers and other artificial processes. Wines are regulated through legislation that can vary from country to country. One of these certification challenges is derived from the USA, where wine and food are conflated under organic regulations. There, to protect various food products, the term ‘organic wine’ can’t be applied because of sulphur present, resulting in the designation ‘made from organic grapes’. We encounter that in New Zealand when the producer labels both their domestic and exported product with the one label. That aside, organic wines are strong here, with an impressive 10% of our total production organic. Certification is important; while transitioning to fully-certified status, producers may refer to being in transition. The two certifications recognised in New Zealand are BioGro and AsureQuality. 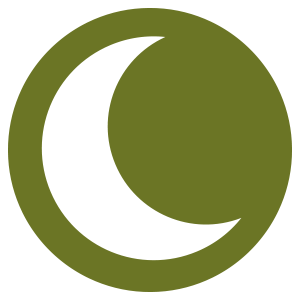 Biodynamic producers follow the same practices as organic, with some additions. Biodynamic viticulture and winemaking draws its philosophy from the premise of Austrian philosopher, Rudolph Steiner, that the Earth – and thus the vineyard itself – is a living organism. In order to keep everything in balance, the rationale is that vinicultural practices need to be timed to coincide with the rhythms of the earth, embracing the whole ecosystem in a way that requires environment, plants, animals and people to be aligned in complete harmony. As with organics, there is a certification system, but it’s a global standard known as Demeter, named for the Greek goddess of grain and fertility. 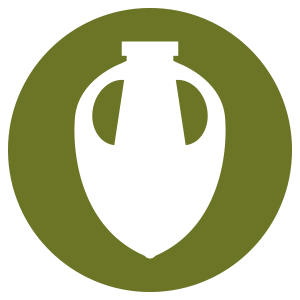 Natural wines are relatively difficult to define, and aren’t certificated in the way that, say, biodynamic wines are. They are farmed organically or biodynamically, hand-harvested and ‘transformed’ without the addition or removal of anything in the cellar. No additives or processing aids are used, and intervention in the naturally occurring fermentation process is kept to a minimum. Neither fining nor filtration are employed. The result is a wine full of naturally occurring microbiology; it’s about using what one was given, with the wine evolving naturally to be whatever it will be. The natural wine movement is often scoffed at by traditional wine lovers. There is, though, much to be said for doing things naturally. In the end, it comes down to whether what’s in your hand is a great glass of wine. 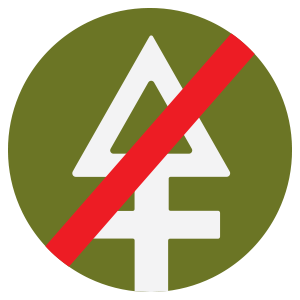 In NZ, the presence of sulphur dioxide is required to be noted on the label. Sulphur is produced naturally from the grapes through the fermentation process, so all wines will contain a certain amount. The other way you'll encounter sulphur is in its addition as a preservative, used to inhibit oxidation and microbial spoilage. The amount used varies, and therein lies the difference: between those who adhere to the formulaic approach and those who do everything they can to reduce their sulphur content. Some wines have no sulphur added at all. 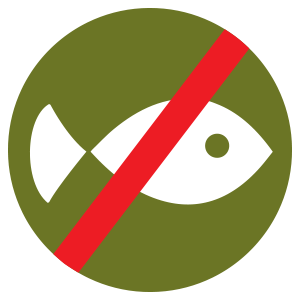 The reason not all wines are vegan or vegetarian-friendly is down to the way a wine is clarified – i.e. made clear and bright – via a process called fining. Young wines naturally contain proteins, tartrates, tannins and phenolics. These are in no way harmful, and most wines will eventually self-clarify. In fact, there’s nothing wrong with an un-fined wine; it’s probably more to do with the fact that we are not used to it, preferring our wine shiny and fresh. To hasten the process, many wine-makers use fining agents. The most commonly used are casein (milk protein), albumen (egg white), gelatin (animal protein) and isinglass (fish bladder protein). When it comes to assessing what’s in there, it’s worth noting the label is generally not going to be of much assistance, though fortunately some wineries are getting the message and we are starting to see Vegan references on labels. To assist, type ‘vegan’ into the search bar on the Glengarry website and you’ll find them all. 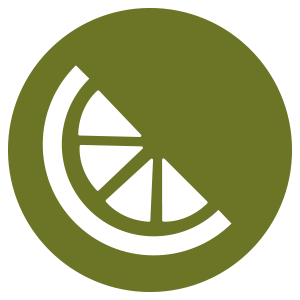 Normally with white wine, the juice is immediately pressed from the grapes and the skins discarded. They can, though, be made in exactly the same way as red wines, keeping the juice in contact with the skins. This is how orange wines are made. Their origin lies in the classic wines of Georgia, and in Italy's Fruili region, where fermentation and extended maceration on the skins creates a unique character. Orange wines acquire a deep hue and have a phenolic grip to them, with additional tannins derived from the skin contact. They often exhibit a dry, austere nature, and tend to partner very well with food. 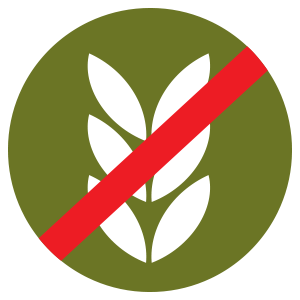 Wine, sherry, port and cider are all made from fruit and don't contain gluten, while gin, brandy, rum and tequila are made from gluten-free ingredients. There is debate as to whether a tiny amount remains in vodka, bourbon and whisky, however, most research concludes that any gluten is removed through the extensive distillation process. If unsure, select vodka made from potatoes, corn or grapes and avoid single-distilled spirits and those made from wheat, barley or rye. All beers are produced using varying quantities of barley or wheat malt. Those claiming 'gluten removed' require investigation. So we did. 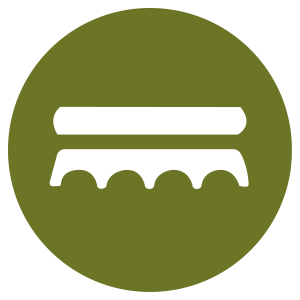 Short for petillant-naturel, aka methode ancestrale. A traditional method of making sparkling wine that is, in fact, the world's most ancient. The wine is bottled before the primary fermentation is finished, delivering a lower pressure, lightly sparkling wine in the petillant style. The wine is finished without the addition of secondary yeasts or sugars. Pet-nat wines can manifest as cloudy, unfiltered and capped with a crown seal, and they can be white, rose or red in colour. They are a rare item in New Zealand, and don't have a particularly long shelf life. Tip: do not leave them in the boot of your car in the heat of summer. 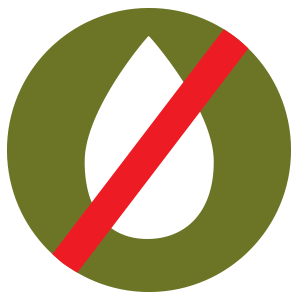 The term dry farming does not quite conjure up the whole picture, the phrase referring to the fact that vines, while accessing water naturally, are not irrigated. With water an increasingly scarce resource in so many parts of the world, growing grapes without its addition can be both responsible and practical environmentally. Furthermore, the fruit can often benefit from this type of viticulture, with many suggesting that it yields more concentrated fruit with a stronger sense of place. All of which makes sense; when a vine is irrigated, it has no incentive to push its roots deeper into the soil in search of water. When the vines are stressed through lack of irrigation or via competition from near-by plantings, the roots will reach downwards for survival. With the Matawhero winery adherents to a dry farming regime in sun-drenched Gisborne, one bottle of their wine saves the Earth 55 litres of water. 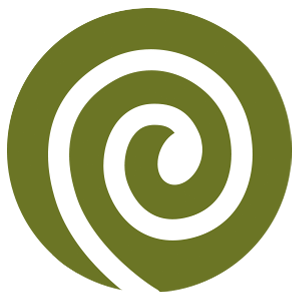 98% of the vineyard area in New Zealand is now certified as sustain-ably managed. Using a programme launched in 1997, our country has led the world in transitioning to the position it occupies today. With our wine industry recognising that a collective approach was the way to go, grape growers around NZ worked in tandem to adhere to standards, establishing an industry certification programme in 2002, Sustainable Winegrowing NZ. Independently audited, its goal is to encourage the production of high quality wine via a combination of environmentally responsible and economically viable methods. Key focus areas are Water, Waste, Pest and Disease, Soil, Climate Change and People. 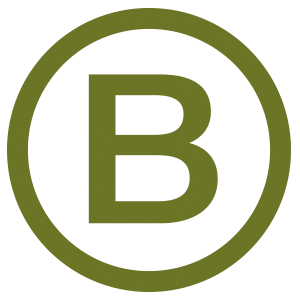 Bruichladdich Distillery officially became B Corp-certified in May 2020, one of 3,327 companies globally that have been verified by B Lab as ‘using business as a force for good’. This involves adhering to high standards of social and environmental performance where profit is balanced with purpose. Bruichladdich is the only whisky and gin distillery in Europe to meet B Lab’s stringent standards. They circulate the wastewater from their stills to heat their offices, bottling hall and visitor centre, and have switched to 100% green electricity. As Islay’s largest private employer, they refuse to outsource warehousing and bottling. They partner with their local farming community, with 50% of requirements grown locally across 21 different farms. The company also supports Botanic Gardens Conservation International (BGCI), which harnesses a global network to save the world’s threatened plants. 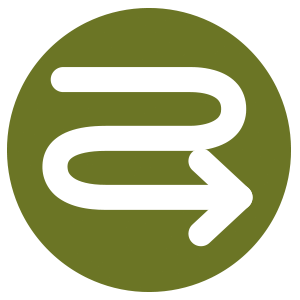 The Rhône Valley’s Mont Redon have adopted the concept of a Canadian Well, which circulates outside air through pipes buried at a depth where the ground temperature is almost stable. This enables heating or cooling as required by the seasons and keeps the temperature at a constant level. Using the subterranean passage that their grandfather created to drain water from the plateau, there are fifteen metres of tunnel filled with water running beneath Mont-Redon. This allows them to connect to the open air, creating an in-draught that functions as natural air conditioning. At seven metres deep, the cellars maintain a constant temperature of 11°C throughout summer and winter. Mont-Redon have built their own purifying station where all waste from the vineyards, cellar and château itself are treated biologically before being drained on a bed of reeds.